Home About us The University Librarian

Office of the University Librarian 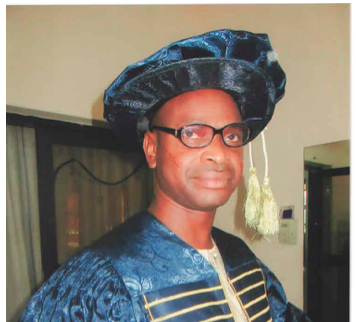 Prof. Abdulwahab Olanrewaju Issa was born on the 11th day of October, 1967 in Atu Compound, Isale-Banni, Alore, Ilorin, in Ilorin West Local Government Area of Kwara State, Nigeria. He attended Alore Primary School, Ilorin, for his primary education in 1973 and by 1975 continued it at the Army Children Primary School, Depot Nigeria Army, Sabon-Gari, Zaria, Kaduna State, where he obtained the Primary School Leaving Certificate in 1979.He also attended Sobi Government Secondary School, Ilorin, between 1980 and 1984, when he obtained the West African School Certificate in 1984. He proceeded to Ahmadu Bello University, Zaria in 1985, from where he obtained the Diploma in Library Science certificate in 1987; the Bachelor of Library Science degree in 1991; Master of Library Science degree in 1996, and then the Ph.D. in Library and Information Studies degree from the University of Ibadan in 2007. In addition, he obtained the Postgraduate Diploma in Education certificate in 2007 from the Usmanu DanFodiyo University, Sokoto and Diploma in Desktop Publishing from the Federal Polytechnic, Offa, in 2009.

Prof. Issa started his teaching career in 1991 during the National Youth Service Corps programme at the Ndikelionwu Community Secondary School in Orumba North Local Government Area of Anambra State and at the Government Secondary School, Ipaye, Moro Local Government Area, Kwara State, immediately after the Service year. In December, 1992, he got appointed as Graduate Assistant in the Department of Library and Information Science, Ahmadu Bello University, Zaria, his alma mater and was promoted Assistant Lecturer in 1997, the rank he occupied until January, 1999, when he was disengaged from the services of the University.

In March, 2000, he was appointed Lecturer I at the Federal Polytechnic Offa, Kwara State, and rose through the ranks to become Chief Lecturer by 2009. During the period, he served the institution in many capacities, the highlights of which were Head of Department, Library and Information Science (2000-2004) and Director, Centre for Continuing Education (2004-2009). He was part of the team that mid-wived the Library and Information Science programme at the Tai Solarin University of Education, Ijagun, Ijebu-Ode, Ogun State, between 2008 and 2010, even as he was part of the team that taught on the B.Ed. Library Science programme of the University of Ado-Ekiti, Ekiti State, at its infancy, between 1999 and 2001. At the Kwara State University, Malete, he was a foundation teaching staff of the Department of Library and Information Science, since 2009, where he still serves as Adjunct Associate Professor.

He has served the National Board for Technical Education (NBTE) as Resource Person on its Accreditation and Resource Inspection exercises between 2002 and 2014 and was a member of NBTE Library Science Curriculum Review Committee in 2002 for the National Diploma programme. He has over 50 publications to his credit, spread across journal articles, books and chapter contributions, as well as conference proceedings in local, national and international outlets. He has supervised to completion two doctoral and five Master students, with others at varying stages of completion. Prof. Issa, appointed University Librarian, University of Ilorin, on the 12th of October, 2017, is married with four children.

Copyright © All rights reserved | University of Ilorin. Developed by COMSIT